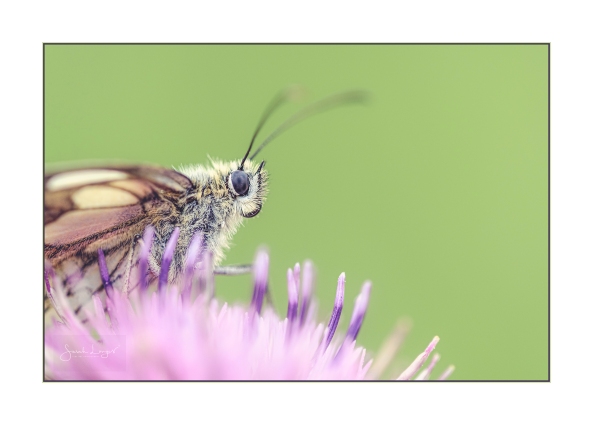 What’s in a name? Melangaria galathea, the marbled white, sometimes called the half-mourner or chequered white, is actually a member of the Browns family. They are Satyrinae, a subfamily of the Nymphalidae, brush-footed butterflies. When Carl Linnaeus originally assigned names to the butterflies he had identified, he placed them into families and genus with distinctively Greek and Roman mythological origins. I love thinking of these beautiful insects as nymphs, sylphs and satyrs! It’s so very appropriate. 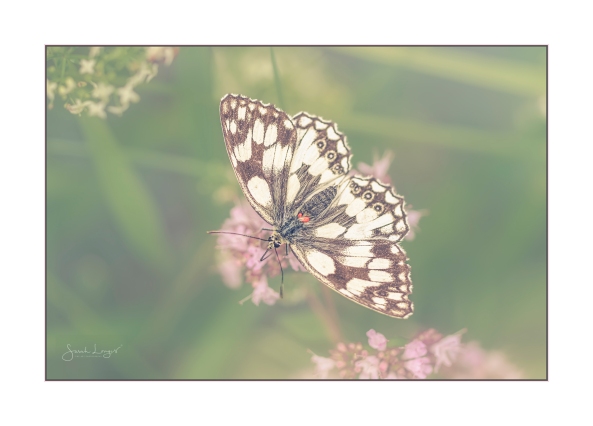 The name galathea most likely comes from the Nereid, Galatea. One of fifty sea-nymphs of Greek mythology, daughters of Nereus (son of Gaia) and Doris the sea goddess. Galatea means she who is milk-white. The name was also given to the statue of woman by Pygmalion of Cyprus, who came to life in Greek mythology. When roosting, these beautiful butterflies are most certainly statuesque! They are usually found on moist, chalky ground in southern England, were they can gather in large numbers in July. It really is an amazing sight! Another amazing fact about the marbled white is that they are drawn to purple flowers, usually seen feeding on wild oregano, knapweed and thistles. 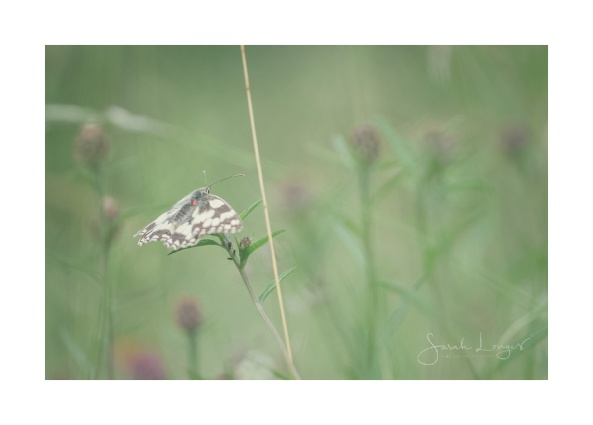 Dainty enchantress
Weave your mystical magic
Can you heal the world

A place, a landscape, a picture has many different tales to tell! I love the view from Kamari Beach, in Kos, across the Bay of Kefalos to the volcanic island, Nisyros. It’s a magical sight upon the horizon filled with myth and mystery. A view that has inspired this poem.

Monochrome Madness: Welcome To The Labyrinth

Another fabulous collection of images have been compiled for this weeks Monochrome Madness with Leanne Cole and Laura Macky! I’m also linking my image to the Weekly Photo Challenge.

Wellers Auctioneers held an auction of sculptures at RHS Wisley Gardens at the weekend which I previewed during the week. My favourite piece by far was this sculpture by Andrew Sinclair called “Minotaur”.

I felt like the Minotaur was inviting me into his world of myth, monsters and gods! He inspired me to create a monochrome image in which I could add some Greek ruins to help tell his story.

The sculpture itself is a true work of art and I hope I’ve done him justice with my own additional artwork!